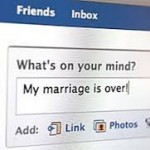 Social media use has exploded over the past decade. Facebook, Twitter and Instagram are currently the most popular sites for sharing the latest news, gossip and photos, and new social media websites are launching almost daily. Social media users share the most intimate details of their lives in countless status updates, including where they were, what they did, what they ate, who accompanied them and what they saw and heard. Strangers can learn a great deal of personal information about a Facebook or Twitter user simply by visiting his or her page.

So can divorce lawyers and soon-to-be-ex-spouses.

What You Post Can and Will Be Used Against You

According to the American Academy of Matrimonial Lawyers, more than 80 percent of divorce attorneys surveyed reported an exponential increase in the amount of evidence collected from social networking sites in the past few years. It’s not hard to understand why. Proof of infidelity, pictures or posts that seem to contradict claims as to assets or wealth, statements that may call into question a person’s fitness as a parent – everything that you say or that someone else may say about you online can and will be used against you.

NBC News surveyed numerous divorce and family law attorneys a few years back who shared some examples of ill-advised social media use that played a big role in the outcome of the proceedings, including:

In a recent Illinois case (In re Marriage of Miller), the court terminated maintenance payments to an ex-spouse after finding that she was cohabitating with someone else.  The court based its conclusion in large part on Facebook posts in which the ex-spouse and her new boyfriend clearly held themselves out as a couple and in which it was made clear that they were living together.

If you think that your privacy settings will save you, think again. A number of courts have ruled that social media postings are not private, even when users adjust their privacy settings to shield their page from public view. Facebook and Twitter’s privacy policies warn users that the purpose of the sites is to share information, and that the public can view the posts on the sites.

Additionally, there have been cases where courts have ordered litigants to turn over social media passwords so that opposing counsel or prosecutors could gain access to the information, posts, and photos found there.

Deleting potentially damaging posts while your divorce litigation is pending can also do more harm than good and get you in trouble with the court for spoliation of evidence. Last year, the New York State Bar Association as well as the Philadelphia Bar Association issued advisory opinions in which they stated that attorneys can advise clients to adjust their privacy settings and remove or delete content from their pages so long as the information is preserved such that it can be produced in litigation if requested.

Obviously, the best course of action for someone who is contemplating divorce or who is currently going through one is to avoid posting on social media altogether. For many people, however, this is simply unrealistic. When I advise clients about social media use during their divorce, I am reminded of the saying “dance like nobody’s watching.” When it comes to your online life, post like EVERYBODY – your spouse, their attorney, your kids, the judge – is watching.

If you have questions or concerns regarding any issues relating to divorce, please give me a call at (312) 236-2433 or fill out my online form to arrange for a free initial consultation.