Deprecated: sanitize_url is deprecated since version 2.8.0! Use esc_url_raw() instead. in /home/lrflaw/public_html/wp-includes/functions.php on line 5213
 April 2022 - Louis R. Fine
Skip to content 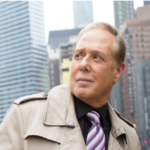 “Careers are on the line, livelihoods are at stake, and reputations hang in the balance. I never lose sight of that.”

When you ask attorney Louis Fine to describe his practice, his initial response isn’t to tell you about the professional license defense work that has been at the heart of his distinguished career. He doesn’t start by talking about the countless divorces he has handled or the business and real estate deals he has closed. His initial response is much more succinct.

“I help people who need help.”

It’s an apt description for someone who has made assisting others the defining characteristic not only of his law practice, but also of his volunteer and philanthropic work in the community. It’s also a description born of necessity.

“When my kids were very young, they would ask me what it was that I did as a lawyer,” Louis says. “They could understand that a fireman fights fires, that an engineer drives a train, or that an astronaut goes into space, but they couldn’t wrap their heads around what exactly a lawyer was. So I thought about the essence of what I do, and it really comes down to helping people work through difficult problems or achieve a personal or professional goal.”

Louis has devoted a significant amount of his practice to protecting the careers and livelihoods of licensed professionals in Chicago and throughout Illinois. He understands that threats to someone’s license to practice or engage in their chosen career strike at the essence of who they are.

“Whether you’re a physician, an accountant, a hairstylist, or a real estate appraiser, you invested a lot of blood, sweat, and tears in your career,” he says. “It’s not just the years of education and training or the tens or hundreds of thousand dollars in student loans. And it’s not just about being able to make a living. Your career can define who you are and how people perceive you, and how you perceive yourself.”

And when a licensed professional sees an envelope in the mail from the Illinois Department of Financial and Professional Regulation (IDFPR) advising that they are under investigation or may be subject to disciplinary action, all of that hangs in the balance. It can be easy to panic.

“I often get a call right after someone gets that dreaded letter or notice from IDFPR,” Louis says. “There is a lot of understandable anxiety and concern, often mixed with righteous indignation or disbelief.”

He says that in addition to reviewing the complaint and gathering the facts, his initial task is helping clients take a breath and explaining to them what is happening – and what isn’t.

“Things are always scarier when you don’t understand what’s going on. I try to put things in context and provide clients with some peace of mind that, while IDFPR actions must be addressed seriously, it isn’t necessarily the catastrophe it may appear to be,” he says.

“In any career where you are serving others, you’re going to make someone unhappy. There will always be at least one patient or client who thinks you have wronged them or that you were incompetent or worse,” Louis advises. “Many of these complaints involve nothing of substance. That is why many if not most IDFPR complaints and investigations are resolved either after an informal hearing or without any action being taken at all.”

Understanding IDFPR Inside and Out

However, Louis knows better than anyone that when the IDFPR believes that a licensed professional has engaged in misconduct and launches an investigation or commences disciplinary proceedings, things can be deadly serious.

Louis served as IDFPR’s Chief Prosecuting Attorney and as an administrative law judge for many years, giving him unique insight into how the board handles licensure issues and how to navigate the process in a way that is most likely to lead to a positive outcome for a licensee. His experience investigating and prosecuting licensed professionals also made him appreciate how unfair the disciplinary process can sometimes be.

“The IDFPR’s procedural rules and practices put licensees at a sometimes crippling disadvantage in disciplinary proceedings,” Louis says. “For example, a licensee’s ability to pursue the discovery necessary to defend themselves is extremely limited. In fact, the extent of allowable discovery is determined by the very people who are prosecuting the case.”

The other big problem, according to Louis, is that the hearing officers presiding over disciplinary proceedings are not independent.

“They are employed and paid by the IDFPR, just as the prosecuting attorneys are,” he notes. “Whether a hearing officer is consciously biased or not, the fact that their paychecks are coming from the very same folks who are seeking to discipline a respondent creates an implicit conflict of interest and calls into question the fairness of the entire process.”

Despite these challenges, Louis has successfully defended countless Illinois professionals, protecting their licenses and helping them move forward with their careers and lives. And as Louis will be the first to tell you, helping is what his job is all about. 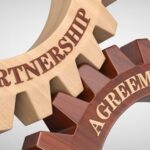 Solo dental practitioners get to call all the shots, run their practice as they like, and control their own destiny. But going it alone also means paying all the bills, covering all overhead, assuming all management responsibilities, and competing with other practices that may have greater resources and reach. That is why many solo practitioners ultimately decide to join forces with one or more colleagues and form a dental partnership.

But for a dental partnership to succeed, the partners need to start on the right foot and be on the same page. As with marriages, the relationship between dental partners can deteriorate if they have different understandings of their roles and responsibilities, fail to communicate expectations clearly, or otherwise disagree on the management or direction of the practice. While no document can guarantee that a dental partnership will last forever, a well-crafted dental partnership agreement prepared with the assistance of experienced counsel can minimize the likelihood and fallout from conflicts and maximize the potential for a long and lucrative professional relationship.

As you contemplate your prospective partnership agreement, pay particular attention to these four key provisions:

Not all partnerships and not all partners are created equal. While an equal say in management may work for some, it may not be desired or optimal in other circumstances, such as when a more senior dentist joins forces with a more junior one.

A partnership agreement should specify who has the authority to make decisions, what decisions they are empowered to make, and how and when they can delegate decision-making authority. The agreement may also stipulate that certain, more significant management decisions require the approval of all or the majority of partners.

As much as a dental partnership may benefit all partners today, tomorrow may see one of the dentists decide to move on to greener pastures. When that happens, the remaining partner will want to ensure that those pastures don’t fill up with their existing patients and employees.

That is why dental partnership agreements frequently include non-competition and non-solicitation provisions. However, these provisions must be carefully tailored and not be overly broad or oppressive. Courts do not generally favor contractual provisions that limit the ability of someone to earn a living in their chosen profession, so judges carefully scrutinize these clauses, and deem them unenforceable if they are overly broad in scope or too vague.

The partnership agreement should set forth if, how, and when new dentists may join the practice. Such provisions may include stating a minimum capital contribution that a prospective partner must make to join the practice or clarifying whether the decision to admit a new partner is subject to vote by the other partners. To ensure the new partner meets the partnership’s standards and qualifications, the agreement may include representations and warranties made by the incoming partner about their licensure status, malpractice history, and other matters.

As noted, partners may decide to move on. The agreement should include provisions that establish a clear, orderly, equitable way for a dentist to leave the partnership. The contract may address whether a partner may dissociate before a set period and which events may be grounds for dissociation. It can also provide a buyout formula when a partner decides to leave according to the terms of the agreement or liquidated damages or other remedies if a partner dissociates in violation of the partnership agreement.

Serving The Dental Community For Decades

Over the past several decades, I have provided counsel and guidance for the dental community and other professionals licensed by the Illinois Department of Financial and Professional Regulation on a wide range of legal matters. If you are considering entering into a dental partnership, please give me a call at (312) 236-2433 or fill out my online form to arrange for your free initial consultation.