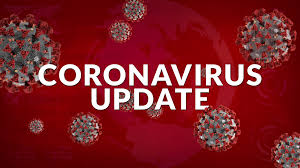 With the vast majority of Illinois residents working from home – or not working at all – because of the COVID-19 pandemic, the Illinois Department of Financial and Professional Regulation (IDFPR) has announced several variances and extensions that impact all 1.3 million Illinoisans with professional licenses. It is likely that these first five variances, issued on March 18th, 2020, will not be the last.

In fact, at his Saturday, March 21st daily coronavirus press conference, Gov. JB Pritzker issued a plea to retired healthcare workers to join the fight against the virus, indicating that the state would expedite licensing and waive fees for any healthcare professionals seeking reinstatement. “Applications will be processed on an expedited basis, and we’ll be coordinating with hospitals and health care sites throughout the state to deploy these re-enlisted medical professionals to the frontlines,” Pritzker said.

In addition to these healthcare-focused changes, other COVID-19 variances issued by IDFPR include:

Any professional licenses issued by the Department that have renewal dates between March 1st, 2020 through and including July 31st, 2020 are granted an automatic extension to renew to September 30th, 2020.

All current licensees whose license renewal deadlines fall between March 1st, 2020 and July 31st, 2020 shall have up to, and including, September 30th, 2020 to complete their continuing education coursework.

This is an unprecedented and challenging time for everyone, including licensed professionals. During this crisis, I remain committed to being a resource, counselor, and advocate for all Illinois licensees as they navigate the rapidly changing legal, regulatory, and practical landscape.

If you have questions or concerns about your professional license or how these variances and other COVID-19 changes affect you, please contact me immediately. Call (312) 236-2433 or fill out my online form to arrange for your free initial consultation. I look forward to meeting with you. 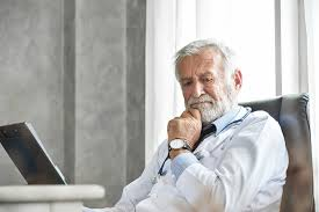 For every accomplished physician who dreams of retiring early, there is one who can’t imagine giving up the work that brings them so much personal and professional satisfaction and financial security. Every year, 20,000 American doctors turn 65, but only half of them retire by then. Thousands of physicians continue to practice well past their 70th, even 80th, birthdays. It is estimated that one in every eight practicing doctors in the U.S. is over 65, overseeing 50-70 million office visits and 11 million to 20 million hospitalizations each year.

With so many patients receiving care from physicians 65 and up, many hospitals and healthcare systems are also increasing their scrutiny of the cognitive abilities and faculties of these senior clinicians. Major institutions such as Scripps Health Care, Intermountain Healthcare, Stanford Hospitals and Clinics, and Penn Medicine have implemented mandatory cognitive screens for older practitioners.

At Yale New Haven Hospital, for example, all applicants 70 or older who seek reappointment to the medical staff are required to have an objective evaluation of cognitive function as part of the two-year reappointment process. What a recent round of that testing revealed was that one in eight doctors who participated in the screening had cognitive deficits that were likely to impair their ability to practice medicine independently.

The wisdom and efficacy of such testing programs is subject to debate, with many arguing that age-based screening is empirically unjustified or inherently discriminatory. Whether subject to required testing or not, however, all older physicians who continue to treat patients later in life will at some point face difficult questions about their abilities and the prudence of continuing to practice.

Confronting issues of cognitive decline, if not impairment, is no easy task, personally and professionally. But recognizing any such concerns is also an ethical imperative. Continuing to practice while suffering from cognitive impairment significant enough to raise concerns about patient safety can subject a physician of any age to disciplinary action and the loss of their license.

The Act also imposes reporting requirements on certain health care executives regarding “impaired” physicians, defined as those who lack the ability “to practice medicine with reasonable skill and safety due to physical or mental disabilities as evidenced by a written determination or written consent based on clinical evidence including deterioration through the aging process or loss of motor skill… of sufficient degree to diminish a person’s ability to deliver competent patient care.”

Doctors, for all their talents, are as vulnerable as anyone else to the inevitable effects of time and aging. While debate may continue as to the best way to identify and remediate instances of age-related cognitive or physical impairment, doctors who practice well into their golden years need to combine their clinical judgment with self-awareness when evaluating the wisdom of continuing to treat patients. Failing to do so puts both patients and professional licenses at risk.

Throughout my career, I have been protecting the livelihoods and professional futures of physicians and other health care providers before the IDFPR, combining insight and experience with zealous and strategic advocacy.

The moment you are contacted by IDFPR or learn that you are under investigation is the moment that you should contact me. I will immediately begin communicating with IDFPR prosecutors and work with you to develop the strategy best suited to achieving the goal of an efficient, cost-effective outcome that avoids any adverse action. Together, we will protect your Illinois physician’s license and get you back to your patients and your career.