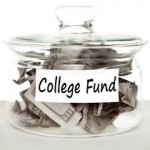 High school seniors in Illinois and across the country are anxiously awaiting the delivery of college acceptance (or rejection letters). At the same time, their parents are anxiously trying to figure out how they’re going to pay the astronomical costs of tuition and related expenses.

For divorced parents, however, this anxiety can be compounded with uncertainty or conflict about who if anyone has to pay for their child’s college costs and what the extent of those obligations are.

The sweeping changes to Illinois divorce law that became effective on January 1st include extensive and detailed provisions that attempt to bring clarity to college expense obligations in the event that the parties can’t otherwise agree. Here’s what you need to know if college is in your child’s future:

As was the case under the old version of Illinois’ divorce law, either parent can petition the court to require the other parent to contribute to “educational expenses,” both before and after a child becomes a legal adult.

Section 513(d) of the revised Illinois Marriage and Dissolution of Marriage Act defines what are and are not “educational expenses” that a parent can be obligated to pay. Importantly, the extent of many of the obligations are pegged to the costs incurred for attending the University of Illinois, though the child can attend college anywhere.

Under Section 513(a) of the new law, any contributions sought in a petition must be for expenses “incurred no later than the student’s 23rd birthday, except for good cause shown, but in no event later than the child’s 25th birthday” unless otherwise agreed to by the parties. If your 35-year-old daughter wants to go back to school to get her MBA, she is on her own.

A child is also on their own if they don’t keep their grades up. Any previously ordered obligation to pay for college costs terminates if the child fails to maintain a cumulative “C” grade point average, except in the event of illness or other good cause shown. Payment obligations also terminate when the student receives a baccalaureate degree or marries.

Section 513(b) provides that a court may require both parties and the child to complete the Free Application for Federal Student Aid (FAFSA) and other financial aid forms and to submit any form of that type prior to the designated submission deadline for the form.

College costs money well before your student sets foot on campus. Even if the court doesn’t order any other contributions, Section 513(b) provides that the court can require either or both parties to provide funds for the child so as to pay for:

If you have questions or concerns regarding your child’s college costs after a divorce, please give me a call at (312) 236-2433 or fill out my online form to arrange for a consultation.

No more grounds for divorce other than “irreconcilable differences.” No more “custody” and “visitation,” only allocation of “parenting time” and “parental responsibilities.” These are just a few of the sweeping changes coming to Illinois divorce law when the calendar changes to 2016.

This summer, Gov. Bruce Rauner put his signature on SB 57 (now Public Act 099-0090). This law modifies a number of sections of the Illinois Marriage and Dissolution of Marriage Act as well as other related statutes. The changes are effective as of January 1, 2016.

No One Ever is To Blame

One of the biggest changes is the elimination of all grounds for divorce other than “irreconcilable differences.”

As the law stands now, you can file for divorce alleging any number of grounds (such as adultery, physical cruelty, or mental cruelty) or you can simply assert that there are “irreconcilable differences” between you and your spouse, which is the legal term for “this just isn’t working out.”

However, if you filed on that latter “no-fault” basis, you would either have to live separate and apart for two years before you could seek a divorce or agree to a waiver, which would still require a six-month wait.

Under the revised law, the only basis for filing for divorce is “irreconcilable differences” and, if both parties agree, they can proceed with a divorce immediately (if they don’t agree, there is still a six month living separately requirement).

Current law about where children reside and how much time they spend with each parent is framed in terms of “custody” and “visitation.” The revised law throws those ideas out the window, drilling down to and specifically allocating all of the individual “parental responsibilities” involved in raising a child as well as allocating “parenting time.”

As has always been the case, “the best interests of the child” is the North Star on which all decisions relating to kids are made. In the new framework, the parties can either reach agreement on a “parenting plan” or the court “shall allocate to one or both of the parents the significant decision-making responsibility for each significant issue affecting the child.” Section 602.5(b). These “significant issues” include:

As to allocation of “parenting time,” the court will look at many of the same factors it currently does in making “custody” determinations, including:

Parental relocation is often a sticky issue. Currently, a parent with residential custody can move anywhere within Illinois. Under the new law, some moves require notice to the other parent and ultimately approval by the court if the non-moving parent objects. Specifically, notice and/or approval is required if:

Additionally, a parent with residential custody can move up to 25 miles away without agreement or approval even if the new residence is across the Illinois state line.

Call Me If You Have Questions

There are many other changes to Illinois divorce law that are part of this overhaul as well. If you are considering a divorce and have questions about how these changes to the law may impact your decision-making, please give me a call at (312) 236-2433 or fill out my online form to arrange for a consultation.

I meet with new clients and potential new clients on an almost daily basis. When I do, I know that the reason they are in my office is because they have important issues that need to be addressed; issues that can have a profound impact on their career, family, and future.

I also know that the decision as to which attorney they hire to assist them is one that they don’t, and shouldn’t, take lightly. There is no question that the quality and competence of an attorney can play a significant role in the outcome of a given matter, and how that attorney approaches his practice and relationship with clients can make the difference between peace of mind and constant worry.

Based on my experience, here are some qualities you should consider if you are in the process of looking for an attorney:

The attorney-client relationship is a unique and important one, and the trust you place in your lawyer is something he or she should value and work every day to earn.