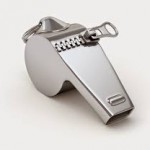 From Hollywood to Washington, D.C., from major corporations to small businesses, from universities to the military, decades of sexual harassment and misconduct are being uncovered and those responsible are finally being called to account. But the harsh light of justice isn’t just being shone on the perpetrators of these acts. The Harvey Weinstein and Larry Nasser cases are prime examples of how others who may have been aware of misconduct turned away or failed to take action which could have prevented further abuses and spared other victims.

The failure to report a colleague’s misconduct – sexual or otherwise – is not just a moral failure, it can be a breach of professional ethics as well.

The duty to report misconduct within one’s profession is often the only way such transgressions can get the attention of professional licensing boards such as the Illinois Department of Professional Regulation (IDFPR) as well as law enforcement. As the Federation of State Medical Boards put it: “The duty to report is a fundamental way in which physicians and others can fulfill duties of beneficence by removing potentially harmful conditions.”

Similarly, the Council on Ethical and Judicial Affairs of the American Medical Association admonishes that, “A physician should expose, without fear or favor, incompetent or corrupt, dishonest or unethical conduct on the part of members of the profession.”

However, while the Illinois Medical Practice Act allows for physician reporting of a colleague’s unethical behavior, it neither requires it nor makes a failure to report a basis for disciplinary action.  It provides that licensed physicians “may report to the Disciplinary Board any information the physician… may have that appears to show that a physician is or may be in violation of any of the Act’s provisions.”

But just because reporting sexual misconduct is not mandated under the Act doesn’t mean that failing to report physician sexual misconduct isn’t an ethical violation. “The obligation to report incompetent or unethical conduct that may put patients at risk is recognized in… the ethical standards of the profession” according to the AMA.

As such, the AMA has set forth guidelines for how physicians should respond to and report information about a fellow doctor’s patient misconduct. Physicians who become aware of or strongly suspect that conduct threatens patient welfare or otherwise appears to violate ethical or legal standards should:

Regardless of the language contained or not contained in licensing statutes, professionals of all stripes should seize the moment and no longer remain silent when they become aware of harassment or misconduct. While the damage done to victims of sexual misconduct is exponentially greater, the damage to your professional reputation and career could be catastrophic if it is discovered that you were tacitly complicit in allowing such misconduct to continue.

As a former Chief Prosecuting Attorney and administrative law judge for IDFPR, I have seen the serious consequences that an adverse enforcement decision can have on professionals who suddenly find their future in disarray. I understand how and why the Department decides to pursue investigations, how it handles negotiations, and how to approach formal proceedings in a way that gives my clients the best possible chance of a positive and expeditious outcome.