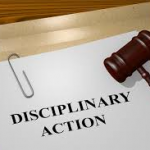 Allegations of professional misconduct made to the Illinois Department of Financial and Professional Regulation (IDFPR) are a dime a dozen. Any disgruntled client, customer, or patient can claim that you wronged, harmed, or otherwise treated them in an unprofessional manner worthy of investigation and punishment.

But these claims, as well as allegations of wrongdoing submitted to IDFPR by other licensees or law enforcement agencies, remain mere allegations until the IDFPR’s Investigations Unit determines that there is sufficient factual evidence to support the claim against you. If they reach that conclusion and submit the matter to the appropriate Department prosecutions unit for the initiation of disciplinary proceedings, those mere allegations against you explode into existential threats to your license and career. Understanding this threat, and retaining an experienced IDFPR defense attorney to defend you, are critical if you wish to continue making a living in your chosen profession.

We previously wrote about the IDFPR’s process of evaluating and investigating complaints prior to the start of an administrative proceeding which can conclude with disciplinary action, including the suspension or revocation of your professional license. Here’s what happens next:

During this time, both sides will be busy preparing their case for a formal hearing. This includes gathering the evidence and testimony that will support their respective positions, much as parties do in civil lawsuits. But unlike civil suits, where the judge gets to determine the parameters of discovery, the extent of allowable discovery in IDFPR proceedings is determined by the very people who are prosecuting the case.

Once the Department provides names of witnesses, including the name of any individual whose complaint may be at the heart of the proceedings, a respondent cannot take their depositions unless the Department’s attorney agrees – which rarely, if ever, happens. If the Department nixes a deposition request, that means the respondent will not be able to confront that witness, learn what his testimony will be, or attack the veracity of his testimony until the actual hearing. That is manifestly unfair and leaves a respondent and their attorney fighting with one arm tied behind their back.

Ultimately, in lieu of a settlement, a formal hearing will be held during which each party makes opening and closing statements, the Department presents a case in chief, and you and your attorney will present your defense, much like in a trial.

The individual presiding over your case, the hearing officer, is usually an attorney charged with presiding over the proceedings fairly and objectively without favoritism or bias. The problem is the hearing officers are not independent. They are employed and paid by the IDFPR, just as the prosecuting attorneys are. This can make an already perilous process even more so.

Once the formal hearing concludes, the hearing officer or administrative law judge will present his or her findings, conclusions, and recommendations to the Director of Professional Regulation, who will determine the nature and extent of sanctions against you, or decide that no sanctions are warranted at all, if that is supported by the report they receive after the hearing. You will receive a copy of the report as well and have 20 days from the date the notice is mailed to file a motion for rehearing. Once the Director issues his order as to disciplinary action, you have 35 to file an appeal in circuit court.

If you receive a formal IDFPR complaint, the two most important things you can do are not panic and then call an experienced Chicago professional license defense attorney as soon as possible. 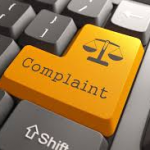 As a lawyer, clients often will ask me whether they can sue this person or that company for a perceived wrong. My answer is always the same: anyone can sue anybody for anything. Of course, that doesn’t mean that they actually have a viable case or that filing a lawsuit is a smart move. It’s just that anyone who has the money for the filing and service fees can walk into a courthouse and file a lawsuit.

Similarly, anyone who feels that a licensed Illinois professional has acted improperly or done them wrong in some way can file a complaint with the Illinois Department of Financial and Professional Regulation (IDFPR). But just because IDFPR receives a patient, client or customer complaint does not automatically translate into the institution of disciplinary proceedings. There are multiple stops on the road from complaint to action, any one of which can be the end of the matter.

No matter whether an allegation of misconduct comes from a client, competitor, media reports, or other governmental bodies, IDFPR does not institute disciplinary proceedings without first conducting an investigation to determine whether the allegations appear to have merit.

When received by IDFPR, a client/patient/customer complaint will be forwarded to the Department’s Complaint Intake Unit. The claim is then sent to the investigative unit in charge of evaluating allegations for the specific profession at issue. Each licensed profession has its own investigative unit which is supposed to be staffed with individuals who have the knowledge and experience to evaluate the factual allegations in the complaint. They are also supposed to understand the applicable laws, regulations, and standards which determine whether a particular act or omission, if true, would be the basis for disciplinary action.

The lead worker on the case will review the information set forth in the complaint and decide whether to initiate an investigation or close the case. A case may be closed at this early juncture if the substance of the claim, even if true, would not support any disciplinary action. For example, if a patient filed an IDFPR complaint because a doctor did not shake their hand when walking not the exam room, that complaint will wind up in the IDFPR dustbin in short order.

However, if the lead worker decides that the allegations merit further inquiry, an IDFPR investigator will be assigned to look into the matter. The investigator can take any number of steps as part of their analysis, including:

At the conclusion of their investigation, the assigned investigators will prepare and submit reports describing the steps they took, the evidence and testimony they gathered, and the conclusions they have reached. Upon receipt of the reports, the lead worker will review and decide whether the case should be closed or forwarded to the appropriate Department prosecutions unit for the initiation of disciplinary proceedings or other further action.

For some professions, such as physicians and dentists, IDFPR has case coordinators who are licensed members of those professions. These subject matter experts will review a case and all investigatory reports and decide whether a matter will proceed to the next level.

If you receive notice that an IDFPR complaint has been filed against you, the two most important things you can do are not panic and then call an experienced Chicago professional license defense attorney as soon as possible. You don’t want to wait until that complaint metastasizes into a formal prosecution before taking steps to protect yourself and your career.

The moment IDFPR contacts you is the moment that you should contact me. I will immediately begin communicating with IDFPR prosecutors and work with you to develop the strategy best suited to achieving the goal of an efficient, cost-effective outcome that avoids any adverse action.

When the mail comes one day and you see an unexpected envelope from the Illinois Department of Financial and Professional Regulation (IDFPR), you’ll likely feel a wave of anxiety and trepidation wash over you as you speculate as to what lay inside. When you open the envelope and see that a complaint has been lodged against you and/or that you are under investigation, your mind may begin racing as you think back to what could have led to the complaint and look ahead towards the possibility of losing the professional license – and career – that you have worked so hard for.